Among his notable clients and achievements: his work was featured on the cover of Airbrush Action Magazine, Car-i-ca-ture Magazine and the Limbaugh Letter. At the 2001 National Caricaturist Network convention he was awarded five honors; 1st place Best Color Technique, 1st place Caricature of the Year, 2nd Place Artist's Choice Award, 3rd place Best Studio Caricature, and ranked fifth place in the Caricaturist of the Year category. In 2003, he placed second in the overall competition as well as numerous divisional awards, and ultimately in 2004 he won the coveted top prize (the "Golden Nosey"). He went on to serve on the board of the National Caricaturist Network as vice president and then president for two terms. 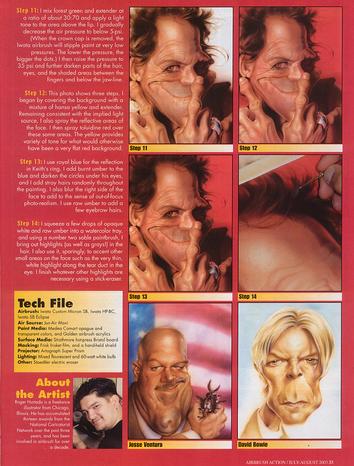 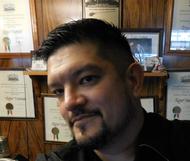 Caricatures for any occasion, whether on-location for your guests or clients as a unique form of entertainment that they can take home, or created from photos in my studio for a highly-personalized gift. I also produce publication-quality caricature illustration with a wide range of styles and techniques, anywhere from graphic, cartoony, traditional to highly-rendered (my specialty).

​​Roger is a Freelance artist from Chicago, Illinois where he received his bachelor's degree from the School of the Art Institute. Roger was an accomplished and skilled airbrush artist throughout his early career. He worked at Six Flags Great America as an airbrushed T-shirt artist in 1996, as a Caricaturist since 1998, then managed a caricature concession at Six Flags Kentucky Kingdom in 2000 before spending two summers drawing at Universal Studios in Orlando, Florida. Toward 2006 he immersed himself in learning and producing his artwork digitally and has since retired from drawing at theme parks, instead focusing on producing caricatures from his studio and drawing live at events. Always willing to travel, this has taken him throughout the USA, Canada, on numerous cruise ships in the Caribbean, The Atlantis in Nassau Bahamas for numerous holiday events and to other countries overseas (including South Korea in 2016 to serve as a guest speaker for an international caricaturist convention and drawing in Guantanamo Bay, Cuba for a military holiday event in 2018). 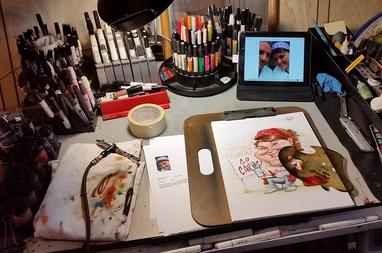 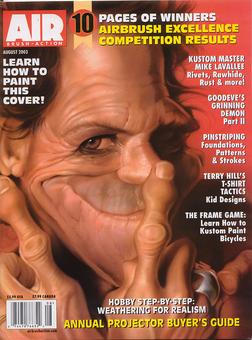